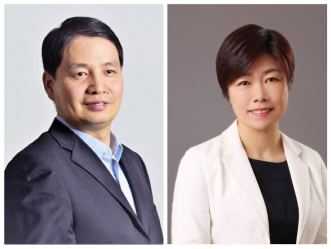 On the meeting, Liguo Lin, Vice Professor and Vice Dean of IAR, gave an introduction of “China's Macroeconomic Analysis and Forecast” Project team and the team's research results on fighting the pandemic. He said, “our researchers have paid close attention to the pandemic and the macroeconomic growth. We are hoping to fully exchange ideas in today's meeting with our guests, media, and other attendees from various circles to provide more ideas and suggestions for pandemic response and macroeconomic development.” Prof. Yuanyuan Chen, Assistant to Dean of IAR, hosted the meeting.

The project team pointed out, at constant price, the first quarter's GDP decreased by 6.8% year on year, with especially severe decline of major economic indexes in January and February though the condition ameliorated in March, which shows the huge negative impact of COVID-19 pandemic on domestic economic activities. The global supply chain, industrial chain, and capital chain that have taken shape during and benefited by China's reform and opening-up are disturbed or disrupted to varied degrees, but the negative impact of the pandemic hasn't bottomed out yet.

According to the project team's comment on the current economic situation, in the first quarter, China's economy showed the main features of continuous decline in consumption, continuous negative investment growth rate, sharply declining trade surplus, slowdown in the narrowing of the scissors difference between CPI and PPI, severely stressed labor market, strong demand for loans, rather wide funding gap, increased volatility of RMB exchange rate, and sharply decreasing government revenue and expenditure. The economic challenge is unprecedented. With COVID-19 pandemic having caused widespread shutdown of factories and companies around the world, developed countries like America and Japan have welcomed returned and transferred industries, which might even lead to change in the layout of global industry.

To realize “stability in six aspects” and ensure “six guarantees”, the project team suggested that, in the short term, China should steadily introduce targeted policies of tax and fee reduction and transfer payment, and in coordination with the targeted loose monetary policy, lighten the burden of domestic enterprises, especially small and medium-sized private enterprises; in the face of the great impact upon safety of capital and supply chain, China should not turn to closure and isolation but should instead push ahead the opening up to a higher level to win allies in free trade with common interests and shared values to ensure safety of its supply chain, industrial chain, and capital chain.

Then, the guest speakers had in-depth exchanges of opinions on China's macro-economy under the impact of the pandemic. 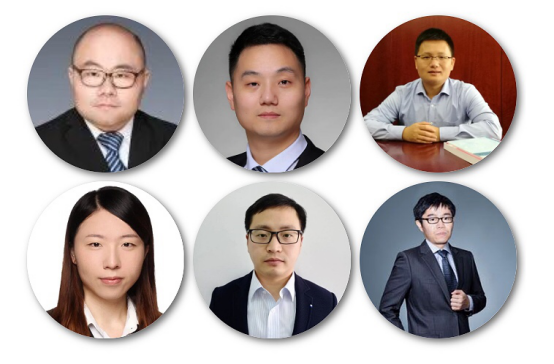 Changlin Guo, Vice Professor of School of Public Economics and Administration of SUFE, said the microscopic research on the economic situation in Shanghai area in the Q1 report showed distinguished features, which further revealed heterogeneity when compared with macroeconomic data analysis. Based on the data given by the project team, Changlin Guo said, “the influences of the pandemic upon general supply and general demand, including that upon labor mobility, are diversified. More detailed consideration should be given to questions of how to make and implement policies based on the major influences and especially how to implement the loose fiscal and monetary policies of the central government at the local level, because the local governments also face pretty big pressure of debt repayment.”

Feng Guo, Vice Professor of School of Public Economics and Administration of SUFE, pointed out that GDP is an efficient indicator to measure economic output and social welfare during normal times, but in the special time of pandemic, it is no longer efficient nor important; at this time, structural analysis outweighs aggregate analysis; government support should be targeted relief like that in poverty reduction instead of widespread inclusive stimulus. Besides, he presented a research on “code merchants” around the Spring Festival of 2020 and analyzed the influence upon merchants during different times of epidemics.

Shaolian Liang, Researcher at the Development Research center of the Shanghai Municipal People's Government, did a review of epidemics in the past one hundred years and their influences on economy and analyzed their impacts on economy. He believed the global economy needs a rather long time to recover. According to him, the pandemic is still dynamically evolving in terms of scope and duration and contains rather large uncertainties, making it difficult to accurately predict its influence upon economy; the pandemic has already exerted great impact on China's economy and confronted the economy with rather large pressure, for which, we must emphasize the bottom lines and stick to the work concerning “stability in six aspects” and “six guarantees”; in future, as the pandemic situations ameliorate in East Asia, West Europe, and North America, the three core production areas around the world, the speed of economic recovery may pick up.

Xinfeng Shen, chief macroeconomic analyst at the Northeast Securities Research Institute, analyzed the major impacts, fiscal policies, consumption and employment from the perspective of investors. She believed China's monetary policy is more stable than other countries; monetary policy is more often than not aggregate policy with rather weak structural functions, and fiscal policies should play a bigger role; the pressure of incremental employment should be properly released while more efforts shall be made to guarantee employment with focus on the employment pressure of graduates in this year; domestic demand should be deeply explored, with the effective implementation of consumption stimulus policy being an example.

Ming Wang, General Manager of Hangzhou Maizhong Technology Co., Ltd., shared the changes and responses of businesses in the real economy. According to him, the R&D departments of major institutions and enterprises, with sufficient measures for the epidemic prevention and control, have mostly got back to work; but universities haven't fully resumed after the shut-down, making it difficult for purchase and supportive supply. In future, they need to further understand changes in users' demand under the pandemic and look for opportunities in the difficult situation through technological-driven industrial progress.

Hexiang Xue, Executive Director of Research and Development Department of Shanghai Guotai Junan Securities Asset Management Co., Ltd., said that, the pandemic reveals some endogenous problems and has been exerting continuous and overall impacts, for which, various industries must speed up transition. He pointed out that, the current relatively stable situation at home has benefited from the work of poverty relief, which has enhanced the resilience of economy at the lower levels facing the impact. In the following two years, the overall macroeconomic research and investment should take various factors into consideration, including not only the economic fundamentals but also the changing system of the nature, so as to see further the profound influences of the pandemic on the macro-economy.

Members of the Project Team