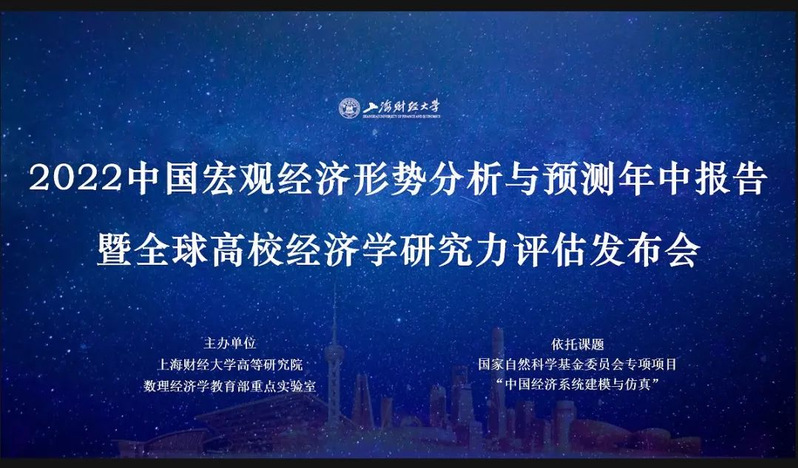 On July 6, the Global Competitiveness Assessment Center for Economics Research of the Institute for Advanced Research of Shanghai University of Finance and Economics released the “2022 Global Universities Economics Research Assessment Report” online. The report provides a scientific assessment of the quantity and quality of high-end economics research output of more than 1,000 universities worldwide, and provides an objective basis for domestic universities to understand their general position in the world academic arena and the gaps between them.

The center selected top 5 and 21 leading journals recognized by international peers, which were also treated with different weights and the scores were discounted according to the number of authors and their authors’ affiliations. The report shows that with the overall assessment results for the last five years (2017-2021) and the last three years (2019-2021), the ranking of schools with the highest level of globally recognized economics research has been relatively stable, regardless of the method, especially for universities ranked in the top 10 in the world, with the top 3 still being Harvard, Stanford and the University of Chicago. 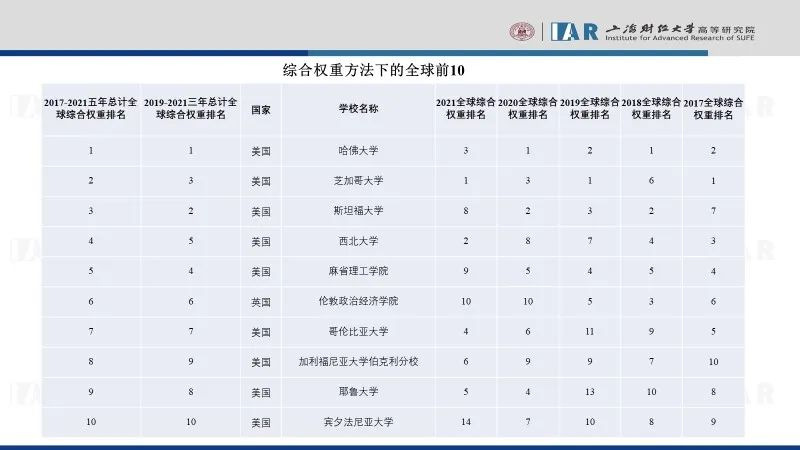 The center said that regarding the economics research in the cross-strait, Hong Kong and Macao areas, Chinese universities have made rapid progress in the past 10 years, and more than 10 mainland universities have entered the top 200 in the world by comprehensive weight (journal weight + author weight) in 2021. From the dynamic changes of single-year ranking from 2020 to 2021, Renmin University of China and Xiamen University have significantly increased their rankings, and many universities on the list have been making efforts to internationalize their economics disciplines in recent years. 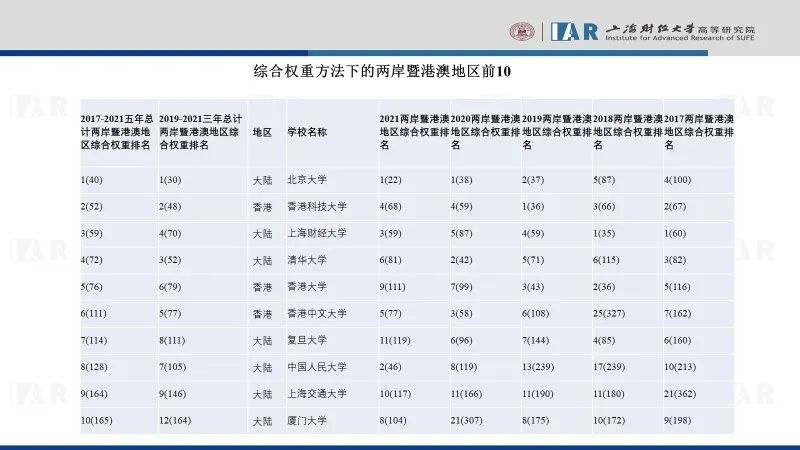 The center also made a separate ranking based on the publication of papers in the top 5 journals (showing core competitiveness), and results show that among the top 10 Chinese mainland universities, Peking University, Tsinghua University and Shanghai University of Finance and Economics are firmly in the top 3 in the first tier, while the others belong to the second tier. While Chinese universities have made remarkable progress, the gap between them and the world’s top universities is still huge, especially compared to the world leading Harvard University, which has published almost 25 times more articles in the top 5 comprehensive journals in the last five years. 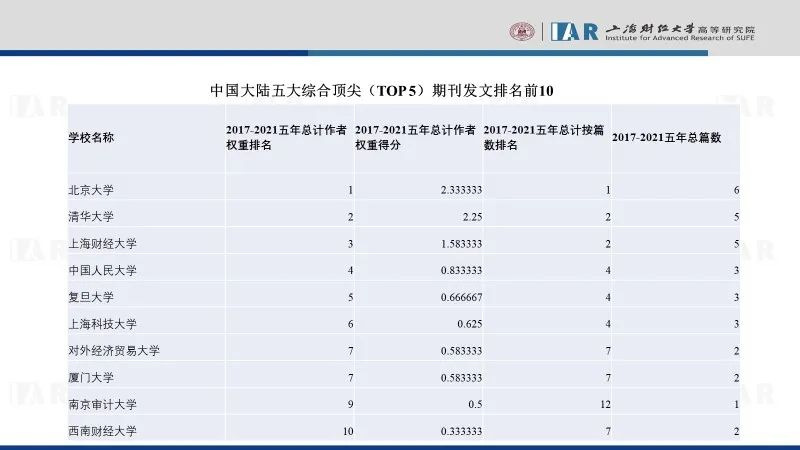 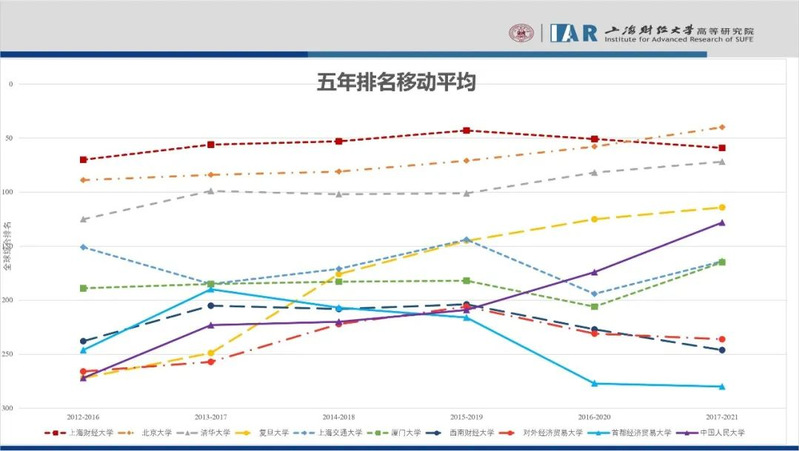 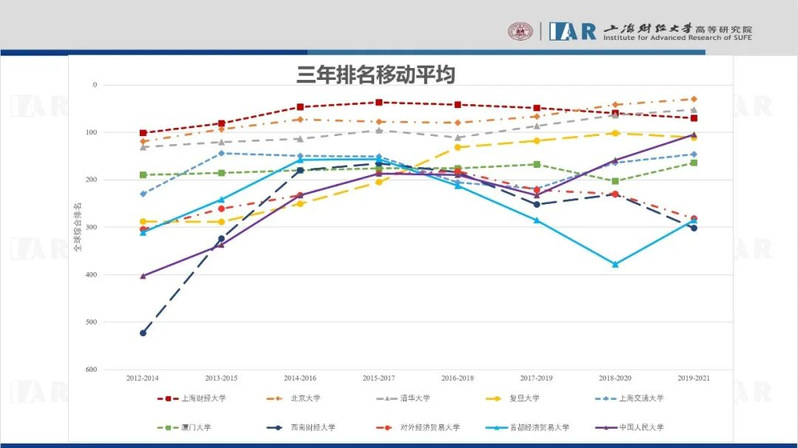