Tenured Associate Professor Youzhi Yang, the assistant to dean of IAR, has two papers, i.e., “Optimal CEO Turnover” and “On the Pure Theory of Wage Dispersion”, respectively published in the top journal Journal of Economic Theory and the highly regarded journal Review of Economic Dynamics. 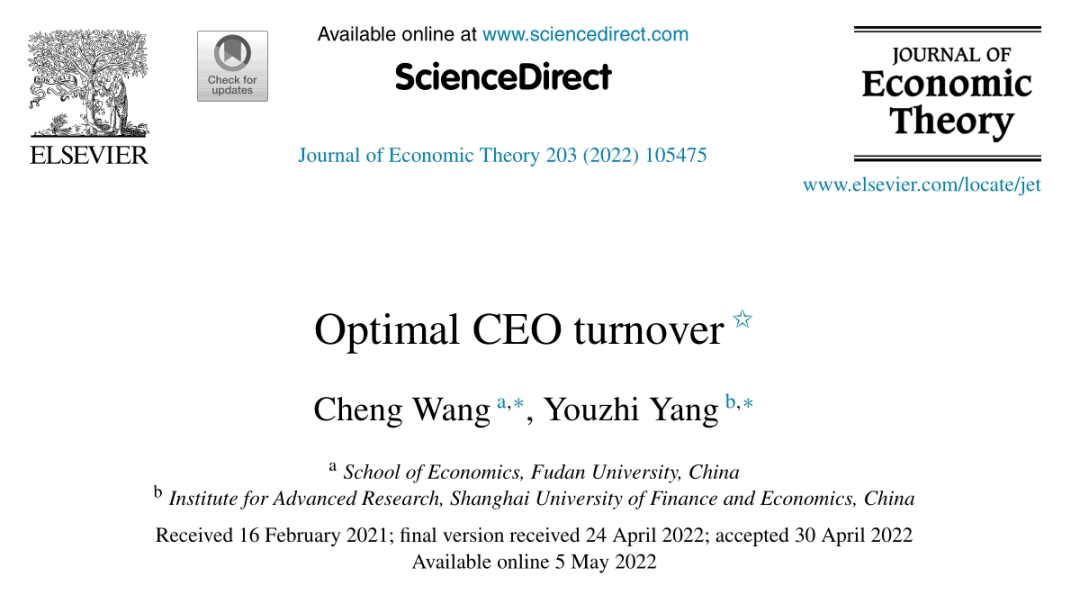 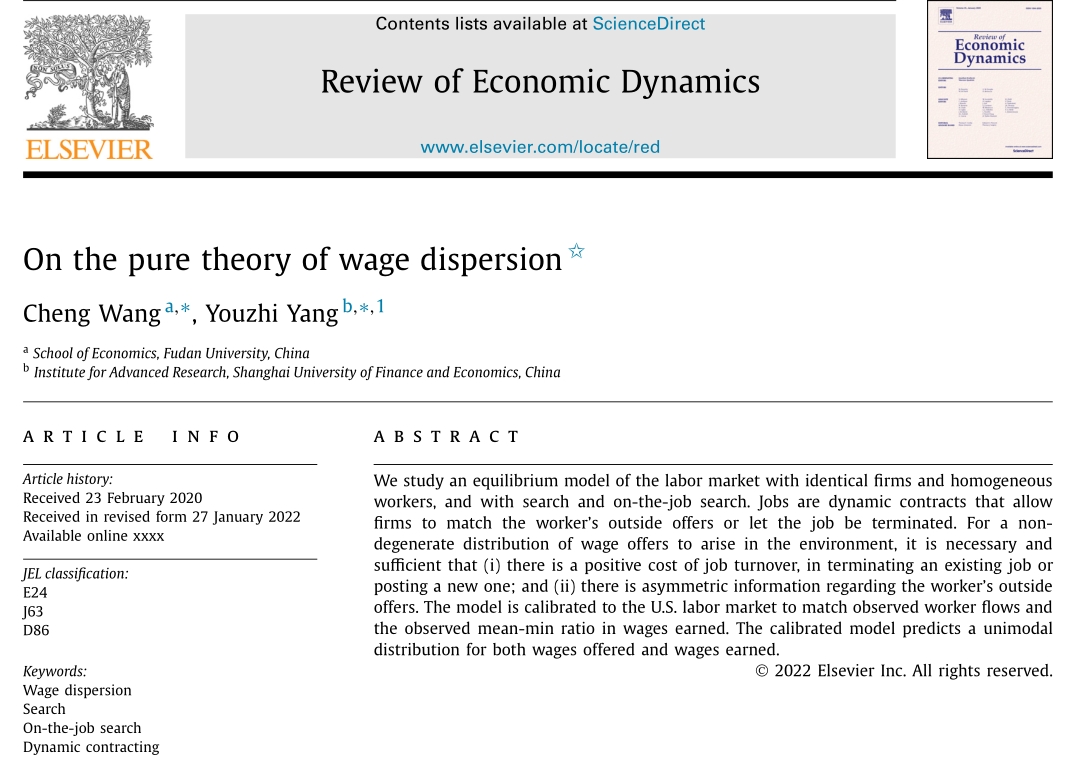 Since this year, our researchers have published 24 papers in leading international and Chinese journals including Economic Research Journal, Theoretical Economics, Journal of Economic Behavior & Organization, etc., among which 19 were published on tier B journals and above. The quantity and quality of publication are both improving steadily, supporting the advance of the SUFE International 2.0 Scheme and the elevation of the university’s power of academic discourse in the international arena and contributing to the economic development in this changing era and the pandemic period.

Abstract: We study a dynamic principal-agent/firm-CEO relationship that is subject simultaneously to moral hazard, limited commitment, and shocks to the CEO's market value. Termination is used as (a) an incentive instrument to punish the CEO for bad performance, (b) a cost minimization device that uses the CEO's outside value as an external means for compensation, and (c) as a means for replacing the incumbent CEO with a less expensive new CEO. Termination occurs after the CEO receives either a sufficiently high or a sufficiently low outside value. The model generates both voluntary and involuntary/forced turnovers, and counter-offers occur on the equilibrium path. The model is calibrated to the U.S. data to capture the key observed features of CEO pay and turnover. It shows that increased moral hazard offers an explanation for the observed increase in the level and variance of CEO compensation, as well as the increase in forced CEO turnover.

On the Pure Theory of Wage Dispersion

Abstract: We study an equilibrium model of the labor market with identical firms and homogeneous workers, and with search and on-the-job search. Jobs are dynamic contracts that allow firms to match the worker’s outside offers or let the job be terminated. For a non-degenerate distribution of wage offers to arise in the environment, it is necessary and sufficient that (i) there is a positive cost of job turnover, in terminating an existing job or posting a new one; and (ii) there is asymmetric information regarding the worker’s outside offers. The model is calibrated to the U.S. labor market to match observed worker flows and the observed mean-min ratio in wages earned. The calibrated model predicts a unimodal distribution for both wages offered and wages earned. 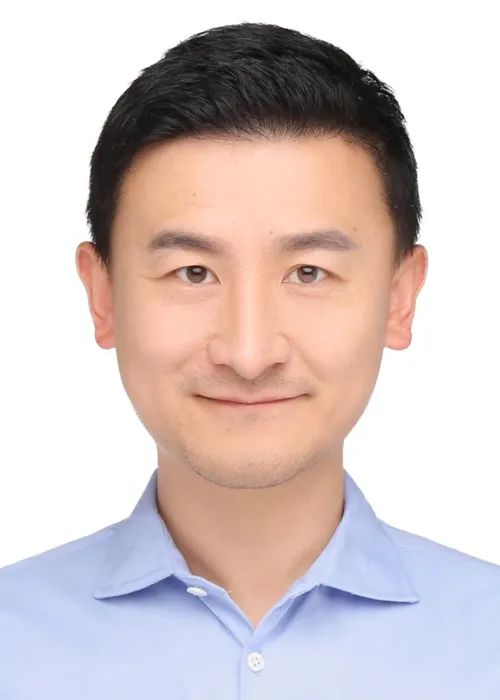 Tenured Associate Professor Youzhi Yang received his Ph.D. degree from the Iowa State University. His areas of interests include economic theory, macroeconomics, and dynamic contract theory, and his research results have been published in highly regarded journals including Journal of Monetary Economics, Journal of Economic Theory, Review of Economic Dynamics, and Games and Economic Behavior.