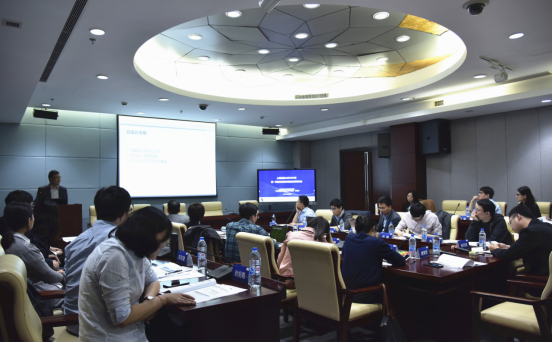 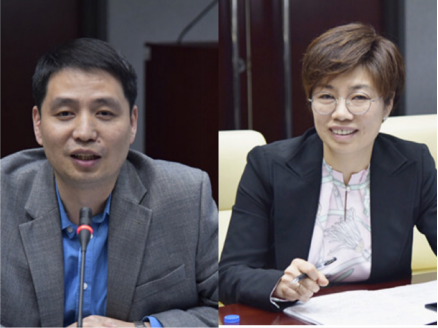 Prof. Liguo Lin, Associate Dean of the IAR, delivered the opening speech. He said that, as one of the academic event brands in the IAR, the reports of the project “China's Macroeconomic Analysis and Forecast” had been elevating its influence year by year and at the same time, provided a platform for young researchers to present their academic achievements. He hoped that the project’s research results could receive sustained public attention. Prof. Yuanyuan Chen, Assistant to the Dean of the IAR, presided over the meeting. Project members also gave their analysis and interpretation of China’s macroeconomic data in Q1 2019 on different topics such as “National CPI, PPI and Consumption Data”, “Investment, Household Debt and Labor Market”, “Exchange Rate, Foreign Trade and International markets, Financial and Economic System. 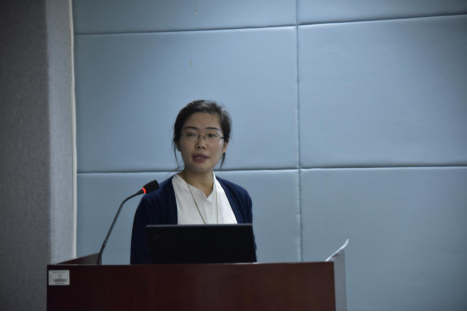 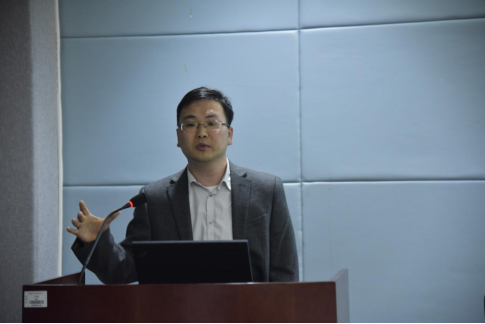 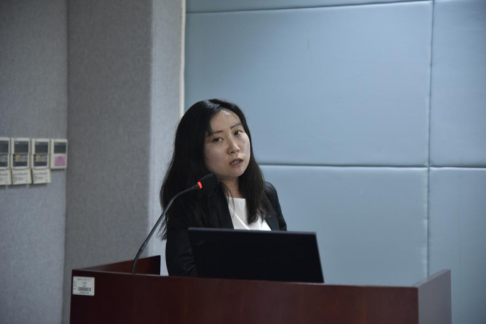 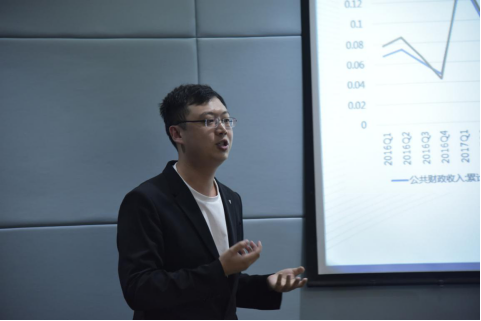 The Q1 report, titled "Stable Economic Growth in China: From Policy Coordination to Reform-driven Development", pointed out that GDP growth rate was 6.4% in the first quarter of 2019, which was consistent with the annual growth rate in the baseline scenario predicted by the project’s 2018 annual report. This quarterly growth rate was a result of the monetary and fiscal policy dividend in the recent period, the greater reform and opening-up and the transformation of kinetic energy for development under the new development concept and the international trade friction. At the same time, the research team agreed that though the declining economic growth could be attributed to cyclical factors, its main cause was structural and institutional factors. They believed that short-term policy responses could only “treat the symptom” and its only fundamental solution in the intermediate and long term was structural and institutional reforms. On April 19, the Political Bureau of the CPC Central Committee also clearly pointed out that there are still many difficulties and problems in the economic performance. The external economic environment is generally tight and the domestic economy still faces downward pressure, which are influenced more by structural and institutional factors than by cyclical ones.  The statement is highly consistent with the forward-looking judgment made by the research team.

In the second quarter and the latter half of the year, China's economy is full of opportunity and challenge. The research team is cautiously optimistic about the future of China-US trade frictions and talks and believes that talks between China and the US should speed towards the goals of zero tariffs, zero subsidies and zero non-tariff barriers and a business environment that stresses the protection of intellectual property and fair competition. Sino-US relations exert world influence. The fundamental premise of cooperation and mutual benefit between the two sides is to build trust rather than gradually lose it. If the two sides can use the opportunity of the 40th anniversary of Sino-American relations to reach an agreement, restore trust and maximize common interests, it will inject more certainty into the bilateral and world economy and is also conducive to China's further market-oriented reforms pushed by the economic globalization. The research team believes that for China's economy to achieve more stable and sustained economic growth and balanced and healthy development, it is necessary to effectively address the dialectical relationship between policy coordination and reform drive. It is essential not only to strengthen the coordination between fiscal policy, monetary policy, macroprudential regulation and other policies, but also to accelerate the construction of an upgraded version of bilateral and multilateral free trade agreements in an effort to expand globalization and opening up of China’s economic development and deepen economic marketization reform driven by efficiency-driven and innovation-driven high-quality development. 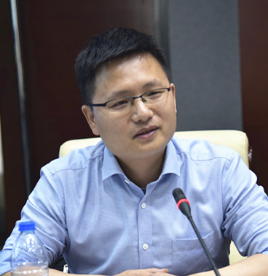 Shaolian Liang, Researcher at the Development Research center of the Shanghai Municipal People's Government, commented that the macroeconomic report produced by the research team was very informative and solid. He also briefed the attendees on the overall economic performance of Shanghai in the first quarter of 2019, saying that Shanghai's economy ran smoothly in general in the given period. The demand side was relatively stable while the supply side was now in a period of new and old kinetic energy conversion. New kinetic energy has grown relatively fast and emerging industries, such as new energy vehicles, biomedicine, integrated circuits and artificial intelligence, have gained positive momentum for development. 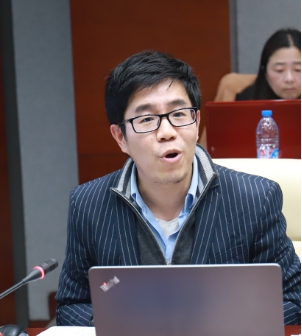 Hexiang Xue, Executive Director of Research and Development Department of Shanghai Guotai Junan Securities Asset Management Co., Ltd., focused on CPI, PPI and economic trends. Mr. Xue said that the PPI in the first quarter experienced rapid decline and the nominal GDP was only 7.8%. The economy turned better than expected in March but the growth momentum has slowed down since April, as the real estate sales, automobiles, and coal consumption in the six major power generation groups all showed signs of weakness. By comparing financing and other data, Mr. Xue believed that the financial environment in Q1 2019 was similar to that in 2016. 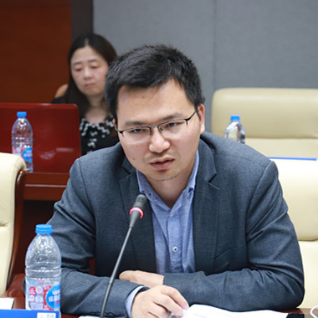 Zhiming Liao, Chief Analyst of Tianfeng Securities on banking, said that as the government regulation required banks to carry out small-scale loans for inclusive finance in the past two years, the growth rate in the micro-funding was relatively high. However, he believed that it was not necessary to over-regulate the interest rate of small-scale loans, as it was the market that should play a greater role in this regard. The high financing costs should first be solved before the difficulties of financing can be addressed. 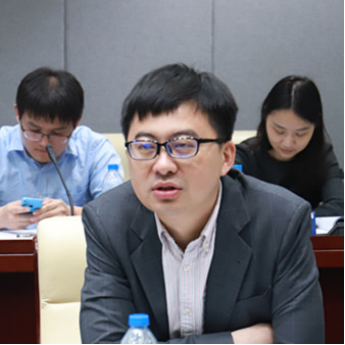 Jin Zhu, Chief Analyst of the Oriental Securities on real estate, shared his views on the housing market. He said that the date in the real estate industry from January-March was better than expected, allowing for better-than-expected economy in Q1 2019. He also believed that the increase of bank deposits in the first quarter did not result from the real estate but was due to the stock market. He said that the impact of the stock market on the Chinese economy and the property market would gradually increase. 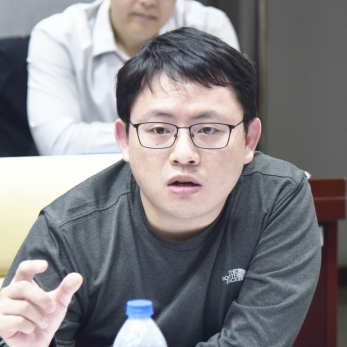 Zhongyu Fang, Chief Analyst of Guoxin Securities on power equipment and new energy, believed that the core cause of the decline in manufacturing investment this year was that the downward trend in earnings has affected the willingness to invest. Mr. Fang was very optimistic about equity financing. He said that the equity financing market would not only serve the economic transformation, but also work as the target channel for state-owned enterprises and local governments to reduce debt ratio and expand equity financing.